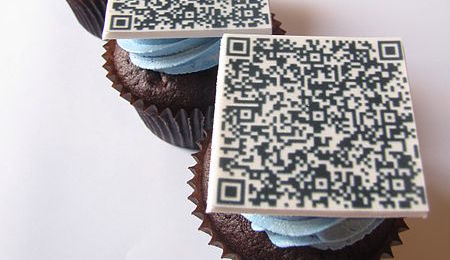 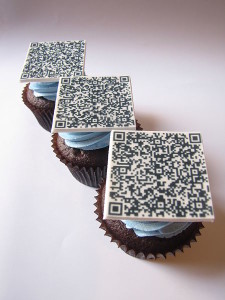 I’m in one of my neighborhood’s new Italian places. I notice their business cards have a new design, with a QR code. “Cool”, I say to myself, “these people know what they’re doing, glad to see a small business taking advantage of something so modern. I wonder how it’s working for them.”

Before asking direct questions, I took the card in my hand, pulled out my cell phone, scanned it. I was curious to see what landing page they were using, of course. Having done a few of these myself for some clients, I was sure that I was going to end up on some discount or special offer page, either on their web site (that had been finally up and running for a couple of months), or some other “marketing page”, as it were.

Nothing. The QR code sent me to… their Google Places listing. What? I mean, I’m in the store, I am holding their business card in my hand. The QR code takes almost half of the space on that card. All that just so I can get to their physical address (already listed on the card, of course) on Google?

Now, everybody and their marketing expert is touting the inevitable raise of the “mobile internet”, and that’s fine, the statistics are supporting it (though I personally have my doubts). So, deciding to have a tool that gets you a piece of that market… good move. Using it the wrong way… oops, not so good.

Luckily for this business, while the ownership of smart phones has seen giant increases in numbers in the past few years, the use of many of its smart features has not. Certainly, not the use of the QR code scanning ability. In fact, from July 2011 to May 2013, QR scanning barely rose with around 10,000 users (from around 15,000 to around 25,000), while the owners of such phones kept becoming a real army: from 80,000 to around 140,000. (MarketingCharts.com)

So, what’s wrong with having a QR code available for your customers, existing or potential? Nothing. Even if not too many of them will scan those nifty graphic squiggles, eventually, if they buy, it still adds to the bottom line, right?

Wrong. At least, not if the user lands on your general web page, or, worse even, on your Google Places listing. Guaranteed, the money spent on printing those “high tech” business cards won’t turn into an investment by getting you clients in return.

The best way of using QR codes, in one word: promos. And yes, use them in conjunction with other marketing channels. Do your “visitors” a favor, inform and educate them about those QR codes, while helping your bottom line in the process. Advertise them on your web site, or post them on your walls, windows, doors (real or virtual). Create them, but also create a special landing page where they will lead the users.

Give them a way to sign up or immediately take advantage of a discount, or entice them somehow to interact with your product. Remember, they need to download a code reader to their smart phone first, or learn how to use one if they already have it installed. Advertise the codes and the way they can be used, as well as the advantage to your potential (or existing) customer in using them. This way, if nothing else, you at least know you will have recovered the printing costs for those business cards, and created some “buzz” about your brand in the process. Win-win.

Better yet, since we are talking mobile marketing, tie that QR code in with a text messaging service, offered to your customers as a means of receiving exclusive, regular discounts on your products. That is the best incentive for them to go out of their way to interact with your brand, and increase their high tech mojo in the process. Slowly but surely, you’ll end up with yet another “nugget” that will pay dividends on the long run: a new (or increased) list of leads, whose high value is expressed in cell phone numbers. Like email updates, you can use text messages for the same purpose, and potentially reap even more immediate results.

Obviously, a strict “non disclosure” policy is mandatory, assuring your users that their info will NEVER, under any circumstances, be shared with third parties, and it will only be used for the purposes stated when you collected them.

Posted in Online Marketing | No Comments »

« Consistently Ranking Among the First Five in Search Engine Results
No, Macs Are Not Immune! »